The Adventures of Shongi Masinga

Killer bass, soulful vocals and that fluttering flute just do the trick every time. Schatzi's backsi with their biggest and best offering yet, re-ripping 6 dabs of disco-dolly mix into an ear-popping outing for saucer-eyed dancers and mirror ball romancers. The A1 practically explodes out the groove, hitting us with the kind of housed up disco-funk loop you'd usually find bouncing off the walls of a Detroit basement.

As the tension releases, the track takes a diversion into gorgeous soul-jazz tones, warm Rhodes and soothing vocals, sounding every bit the long lost Glenn Underground release. The soothing, disco house groove of the A2 brings the swing, loading a spaced out female vocal, stirring strings and slightly camp vibes with a pumping bottom end. Set phasers to stun for the A3 as phased percussion pings around electrodisco sequences on one of those trippy tools the Idjuts employ to twist melons liberally.


Hand-stamped and vinyl only, this is lethal club tackle for the tougher end of the disco spectrum. Good Company Records bring Roza Terezi for release number seven on the label. Not only is this record killer, it's also introduced the word 'doof' into my vernacular - only bloody 26 years after it was originally conceived! Quality electro-funk-era record here from Aleem and Leroy Burgess.

It's 's 'Release Yourself' that's subject to rejuvination here, a fresh, licensed copy of this masterpiece for all to enjoy. Many credit Aleem and this record to help establish the freestyle genre in the mid 80s and you can certainly here the early traits of the style alive and well in this production. Licensed courtesy of Taharqa Aleem in conjunction with Kult Records.

Rack Em's killin' it right now! After winning over the world via his 'Wonky Disco Bassline Banger' hit, the producer continues slap bang in the centre of his purple patch, rolling out this effortless double header of essential night club artilery. A low-slung technoid number, similiar in vain to the Idjut's dubbed-out disco it litters a catchy AF bassline with analogue swirls and echo-drenched fx.

Usually at this time of year all the dance music's started to dry up and make room for end of year chart business and festive compilation series.

Not so this year, as pressing plant dramas affecting the supply have somewhat bottle-necked proceedings, meaning we're still getting loads of new dance records into the shop and probably will do right over the festive period. Step up, Enzios with record number eight - another tightly packed collection of re-edits joined this time round by Bigote and B Monday. Flip and 'Copy Shop' sees some low slung new disco business explored with aplomb; twinkling keys and catchy vocal snips sealing the deal at the discotheque and ensuring this gets on rotation.

Defo with a wacky, quirky touch but shuddering and juddering in allll the right places. Omena celebrates its 20th release by inviting Lance Gurisik, the artist most commonly known as Lancelot for a double header of dancefloor decadence. Fort Romeao, Sparky and even Erick Morillo come to mind as this all conquering dance track emanates from the speaker stack.

Lancelot's sound is sophisticated and powerful, with a really strong production aesthetic combined with a stunning sensibility and appreciation of the dancefloor and its resonant frequencies. Bendiks offers up a reinterpretation of those early Chicago body tracks.

Rhythmically dominating and again, very hypnotic, Bendiks drops some sexualized spoken word passages over the otherwise completely drum-based track. Artworky by Dr. If this first release is anything to go by, it's gonna be a doozy! Proceeds from the sale of this single will be donated to CALM the Campaign Against Living Miserably , an award-winning charity dedicated to preventing male suicide, the single biggest killer of men under the age of 45 in the UK. They have previously released music on an array of reputable indies including Moshi Moshi, Soundway and Art is Hard.

Label head-honcho Dan Carey came across the band at a late night Glastonbury Crows-Nest set earlier in the year and was obsessed immediately. The track is their set finale and Carey wanted to capture the krautrock fury he witnessed them conjuring up that night on record and so invited them to do a Speedy. The band say 'Hyperborea is a re-recording of a track of the same name from our second LP, which over the years has developed in our live set into a minute mammoth of a tune that found us exploring some heavy psychedelia and krautrock themes woven into the original with multiple new riffs and sections.

It's the result of each player in the band developing their parts over the space of 3 years and finally getting it to a stage we were fully satisfied with. We've wanted to record it for so long and it made so much sense working with Dan Carey to pull it off. He's a brilliant mind and alongside his team gave the song the treatment it's been longing for all these years. Dan was like a psych shaman! The result is a 13 minute mammoth — an epic beast of a song that starts all tribal strings and shamanic distant vocals before building into a sea of monstrous distortion and motorik explosion.

That you can dance to. Break the mould. Make space for Flamingods. Always destined to be house 'record of the week' this baby. Shop-unifying brilliance from new label Bigges. Hailing from Estonia, both artist and label here displaying an unadulterated love for all things filter house, pitching up the r'n'b vox for xxxtra stimulation! It's hard to pick a favourite - highly kinetic from start to finish with the catchiest, saccharine-laced hooks, pumpin' side chained bass section and a terrace friendly arrangement that'll make Shir Khan run back into his studio with his tail between his legs!

Serious folks, big house music this; big smiles and fist pumps guaranteed. At the turn of the millennium, Timberland was frankly untouchable, supplying hit after hit with his bleeps and stuttering skeletal beats.

Simultaneously, Aaliyah was one of the feistiest, fiercest voices in pop, perfectly embodying that 'give no fucks' attitude which the also-amazing Rihanna has taken on in recent years. Of their numerous successful collaborations, 'More Than A Woman' is a total standout, a moment of slinky, sensual pop perfection which airs on the side of untouchable.

It's frankly audacious that Kelly even considered covering this, the fact that she's smashed it into a distant orbit is just more evidence that she's a musical genius. Sticking with the signature sound she refined on her debut, Kelly translates Timberland's beats into a pulsating web of analogue electronics.

Pulsating Belleville bass rumbles underfoot, skitterish hats and sampled strings echo up top, spreading the dynamic range to its limit and allowing the swelling, swirling and too damn sexy vocals to dominate the midrange with absolute ease. It's immersive, aquatic and entirely sensual - especially as the track breaks into the spectral sequences and tape delayed adlibs of the latter stages. Over on the flip, KLO comes in hot ripping her cover version apart and transforming it into one of the tense and terse techno throbbers she does better than anyone else.

The eastern strings swell out of the filtered depths falling away for the arrival of a rubber room kick, clip drum box hats and that brilliant bass bleep. A serious, spoken vocal sits so high in the mix you can feel the breath on your earlobe and then leaves us lovestruck, wandering into the heads down haze of a peaktime party. We're not worthy. After a pair of instant sell-outs, Kalita Records unleash their third release, an official reissue of Iwabo's 'Reggae Down', a Caribbean funk bomb of the highest calibre perfect for the modern discerning dancefloor.

The band's only ever record, originally released in June in a small run of just five-hundred copies, 'Reggae Down' has been a staple semi-unknown weapon for various well-known selectors across the globe, and now's our chance to get in on the action. The A side is perfect for moving the dancefloor into next gear, whilst 'Smile On Your Face' is a joyous reggae track designed for the more chilled occasion. 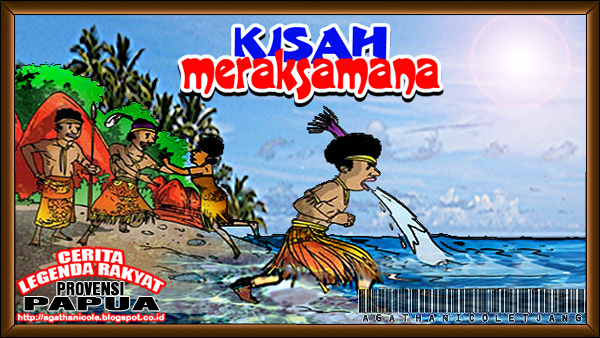 Accompanied with liner notes and a never-before-seen photo of the band, Kalita Records rightly shine a light on this magical record once again. There's a new beat in town. A special one-off white label remix of one of disco's biggest stars by one of the founding members of possibly the most influential electronic music crews in the land?

For the uninitiated Loleatta Holloway is part of dance music's DNA, one of the most recognizable voices in disco, her tones have graced numerous club classics, she's been sampled 's of times, her vocal fingerprints are all over classic house music and are instantly recognizable.

Rising out of the post-dubstep terrain of modern day England, McAuley is a truly open minded DJ and producer pushing sonic boundaries and him and his Hessle co-conspirators have long been garnering respect from all corners since their inception as a collective. Originally released as a promo-only white label, this remix has been wreaking havoc on dancefloors over the course of the Summer and has featured heavily in the Hessle Audio crew's DJ sets.

The hype is real on this one, do not sleep! Ladies and gents, I want to raise my glass to the best 12' this week. It goes to Frenchman Sweely. I guarantee you that when you drop the needle on 'Stronger Than Me', you will be transported to another dimension. More concisely, to a sweaty, dark, humid basement in some obscure New York building where body music takes the centre stage.

Wherever you are, you will not be anymore. This bad bad bad boy is a thumping unapologetic house stormer.